My house was assailed by Betty Crocker this weekend.

Or, maybe it was just me being in a baking mood.

Either way, there was a lot of mixing and baking and washing of dishes going on.

The first weekend in a LOOOOOOONG time that I didn't leave the house from Friday afternoon until 5:30 pm Sunday. Wow.

I made a number of things. First on the list was baking the cake for Kayla's cake pops for her Thursday Birthday Treat. 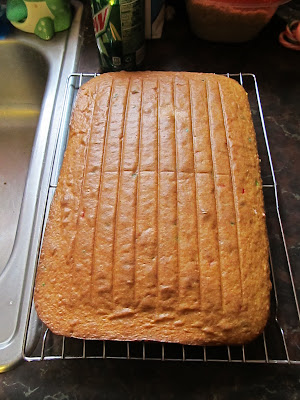 While it was cooling, I made White Chocolate Pudding Cookies. 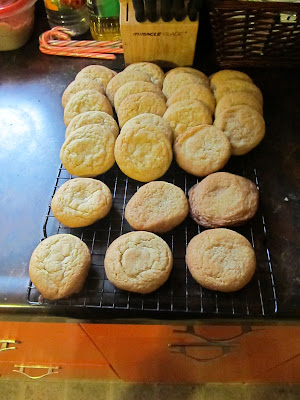 I took a break and decided I needed to feed the man and childrens of the house, and do a few other odds and ends.

Once the cake for the cake pops was cooled all the way through, I went to crumbling it and adding the frosting. This was met with a miserable failure as I used too much frosting and the cake balls ended up being a mushy mess. Into the garbage they went. No picture, I was too mad.

This upset me, as I don't like to screw anything up, so I gave up on baking for the day and sat down with the kids and watched Tangled. With a glass of wine. Or two. :-)

Sunday morning met me with a fresh resolve, so first thing out of bed I made another cake for the "cake pop attempt number 2" and popped it in the oven before Paige helped me make pancakes.

While it was cooling, I made my Banana-Cranberry-Oatmeal Breakfast Muffins. 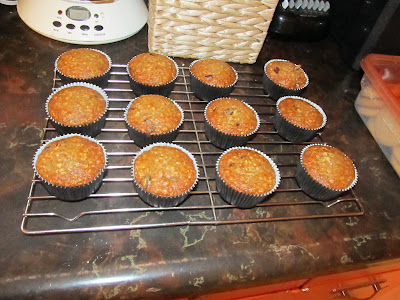 Once the cake was cooled, I tried again to assemble the cake balls. This was met with success! No, no picture here either, I was too happy I forgot.

I made all the balls and popped them in the fridge to set for several hours.

After lunch it was time for the Butterscotch Pudding Cookies. 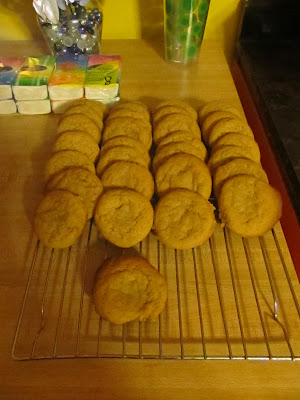 Delicious! Especially when butterscotch extract is added in addition to the vanilla. Mmmmm...

Once the cake balls were set I got to spear them and dip them in melted chocolate. Mmmm... There were a few failed ones, so those got to be eaten by Corey and I. Hehehe... That's okay, Kayla only needs 18 or so, and she gets about 30. Once or two were okay to be sacrificed. ;-) 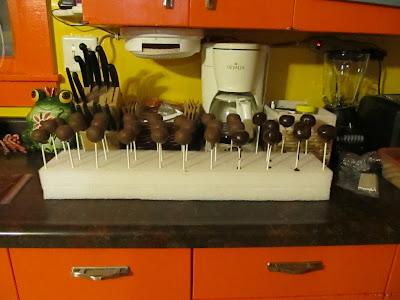 Oh, the best part of the weekend? I got to use my mixer that my Mom and Dad gave me for Christmas! Isn't she a beaut? 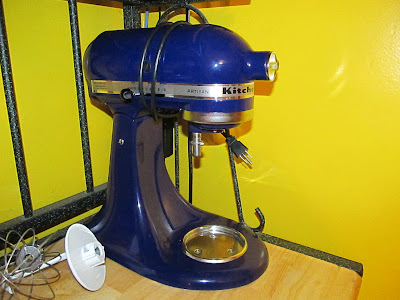 Really stands out with my yellow and orange kitchen, but that's totally cool, I'll never lose it in the background :-)
Posted by Nichole at 8:47 PM