I think Spring has finally hit our neighborhood. What better way to tell? Baby goats :-)

Bonnie came up to me at the May Day Fest at St. Henry's on the 1st and told me their goat had finally had her babies! She showed me pictures and they were cute! She said there were 3 of them, but one was stillborn. So sad. But the other two have thus survived, but one is a runt so they are watching that one carefully.

We took the kids up Monday afternoon to see them. 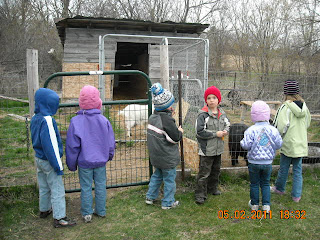 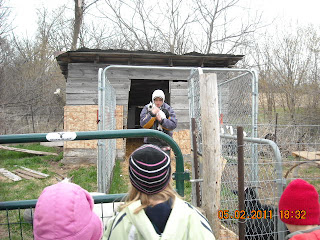 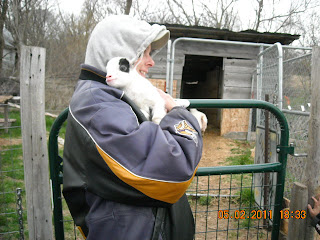 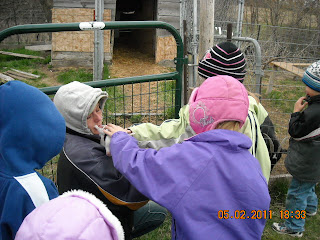 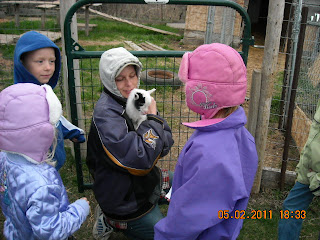 The Mama tending her babies 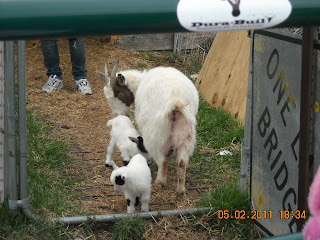 Walker tempting the other goat to come closer (I can't remember the names of the Mama or the other big goat, that's why I'm a member of the C.R.A.F.T. club :-)) 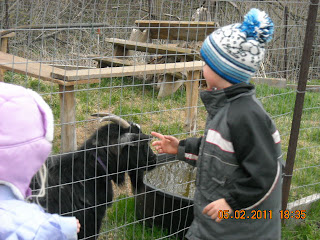 Bonnie with the other baby, Spitfire 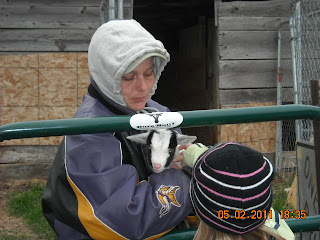 We also got a peek at their cat Mama who had 2 kittens a couple weeks ago. 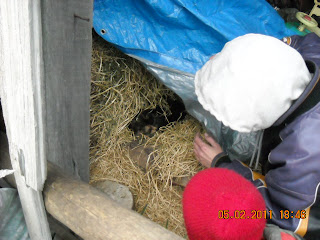 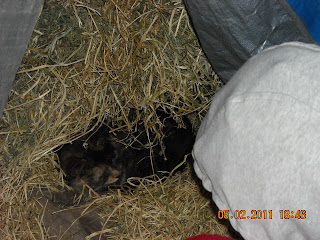 Scott and Corey decided while the kids were all there, they'd play some basketball. 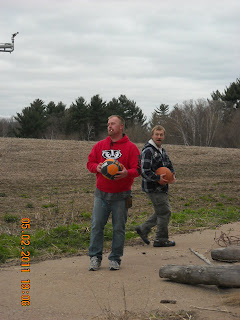 Brady judging his next shot I think 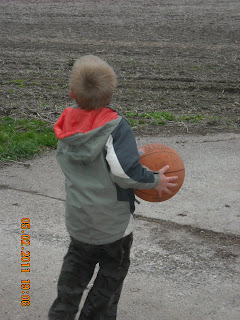 Corey showing off a trick for the kids 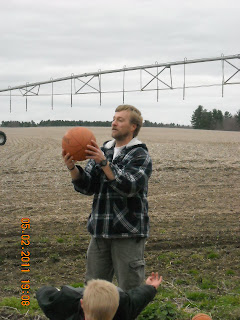 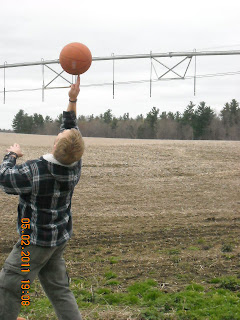 Scott and Corey decided to get into a little competition and see who could get a 3-point shot off first. I think Corey got one first. It took a while tho! 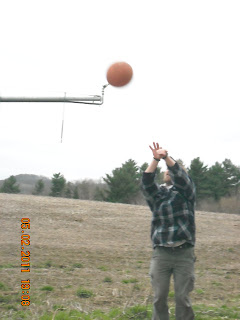 The kids were all exhausted by the time we got home Monday night. It was bedtime and there was a little arguing over it, but they were so tired from running around and playing, it didn't last long.
Posted by Nichole at 10:46 AM