I may or may not have mentioned early last year that I had a project I wanted to do for all of the kids for Christmas.

As most of you know, I like to make blankets. I made one in high school and I loved it. I made one for my parents' 20th wedding anniversary, and I've made the kids all small lap-blankets.

At the beginning of last year, I decided it was time for me to make all of the kids a bed-sized blanket. I knew it would take some time, so I figured Christmas would be a good time to give them to them. That gave me a whole year to make them. No problem, right?

Pssshhhshshshsh! Yeah right! I got Kayla's done fairly early, as hers was easy to figure out the colors and such. Then I started trying to figure out how to do Alexis' and Paige's, as their colors and likes had changed a little bit. Then work got REALLY busy, working overtime more then normal, being exhausted all the time, etc... Next think I know it's summer, then football season, then school time.

Oh crap, I need to work on these blankets! I got Alexis' and Paige's figured out, but without them knowing what I was doing, it was really hard to work on them. I ended up finishing theirs at the beginning of December. I know, cutting it down the the wire huh? I still had to figure out Brady's and Walker's blankets, and I needed to have them done in 3 weeks. Yikes!

4 hours before all the kids came home on December 23, I had them finished. Phew! That was close. We decided to put them on their beds sneakily while they were watching TV that night before bedtime. When they finally went upstairs, well, I think they liked them, don't you? 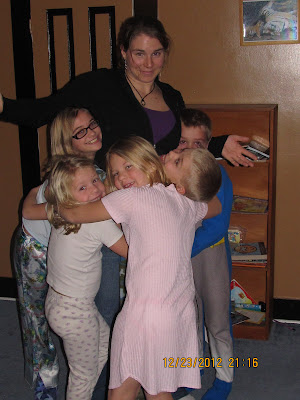 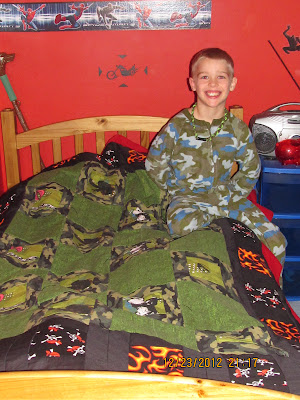 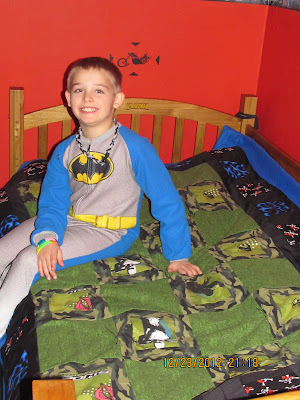 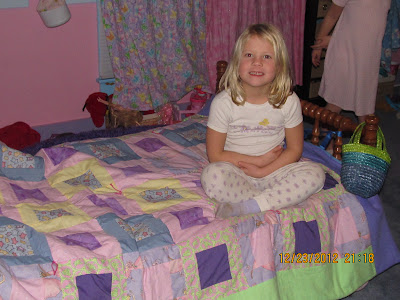 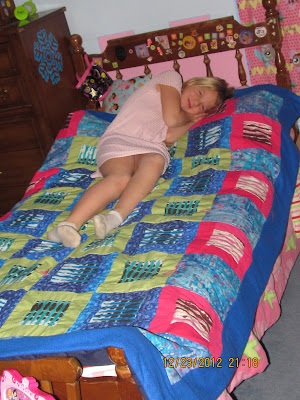 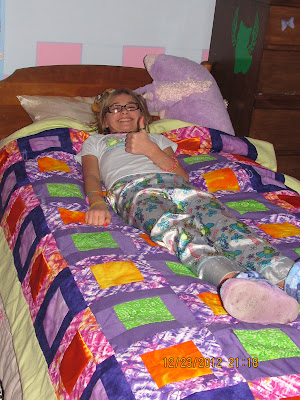 The funny thing is, is that they've all seen me working on them, but rarely did they ask who they were for. They would just ask what I was doing, and I would say sewing. Not much else. Hehehe... now I've just got Kendra's and Brayden's to do in the next month and a half. Kendra's I have almost done, then it's Brayden's to figure out. I can do it!
Posted by Nichole at 9:05 AM