Alexis had a one-time-only dance performance the other day.

The Durand Dance Team held a dance clinic for select grades to see who was interested, and talented enough, for future dance.

Kayla was bummed because she couldn't dance. She hung out with Paige behind me while they rehearsed though. 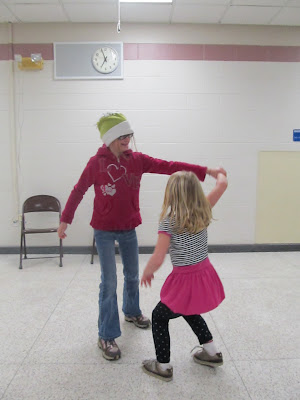 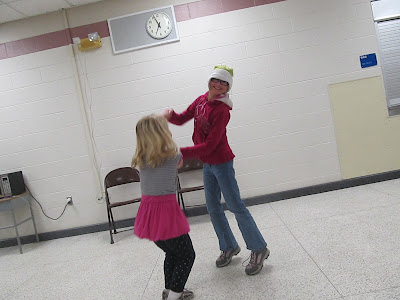 They practiced on Tuesday for about 3 hours and then did their routine on Thursday during the basketball game.

There were probably about 25 girls there, ranging from 5 to 12 I would say. It was loud during rehearsal.

They kept themselves entertained by practicing technique and then winding down with a game of "Duck Duck Dance", and in which the person who lost had to perform a dance move. It was cute. 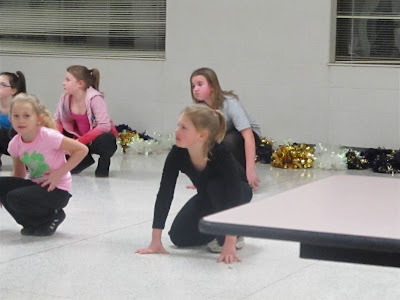 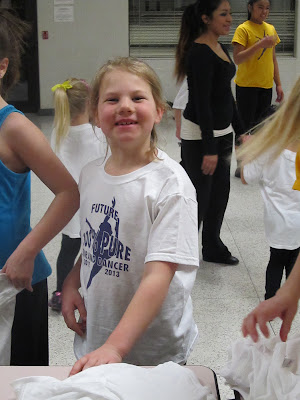 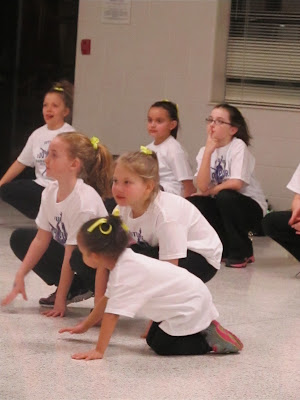 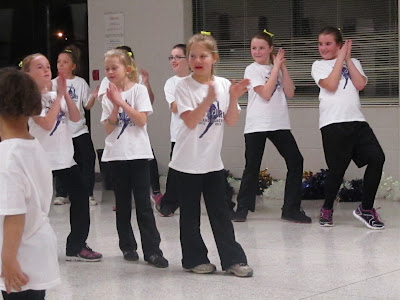 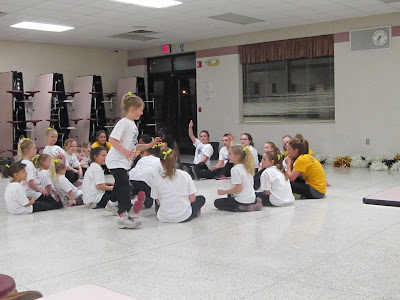 Corey and the other kids and I watched the basketball game until half-time, then out came the dancers. 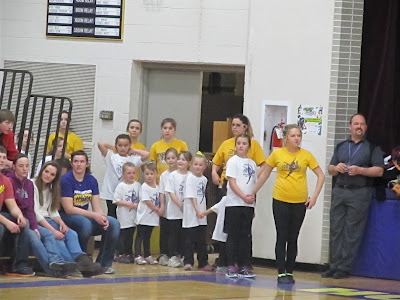 They all did fairly well, a few stood out, and of the ones that performed the best, the majority were already enrolled in some sort of dance class. 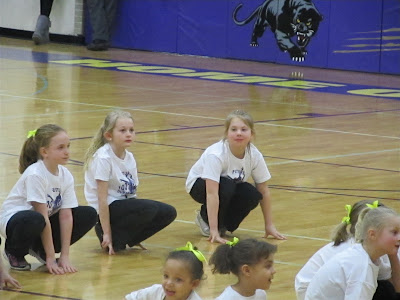 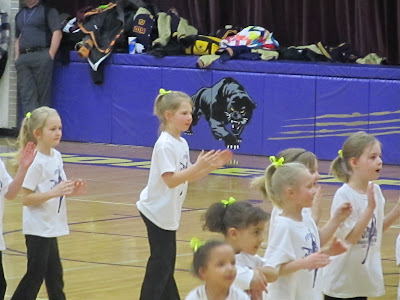 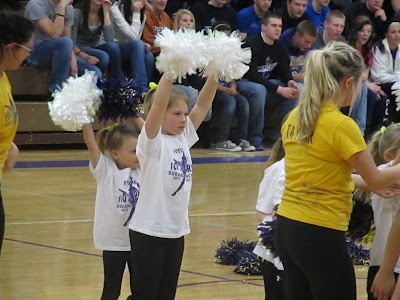 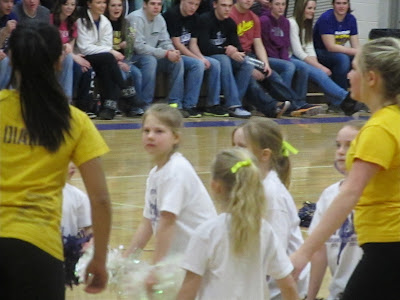 It was  late night, but well worth it. Alexis did well, and she had fun.

Now she's asking to take dance class. Oh boy, better start looking for one around here that's not going to rip my arms and legs off to pay for it. :)