Today was the big day.

The day we've been waiting for.

Kayla had her adenoids taken out this morning and tubes put in her ears.

She was scared, but everything turned out really well.

It's a good thing we had it done, the doctor said her adenoids were fairly large and they were crimping her Eustachian tubes so they wouldn't drain, which was the source of the majority of her ear problems.

Now she's with her daddy and her grandma, getting lots of popsicles and cottage cheese. She's not happy about not being able to play for a couple weeks, but she'll get there.

I know she's in good hands, but I'm very sad that I'm not with her right now. My baby had surgery today, and I was there for it, but I feel disconnected from her right now since I'm not the one caring for her at the moment. *sigh*

I know all will be okay, just having a little pity-party for myself. Sad Mama Moment.

I'll leave you with a few pictures she let me take.

Bug with her Grandma Ziegler 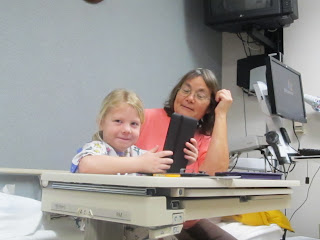 Bug with her cool hairnet 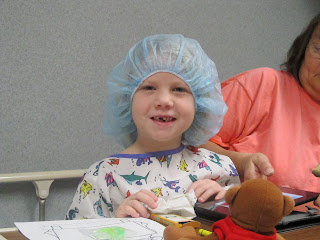 Very sleepy after the valium, getting ready to go into surgery 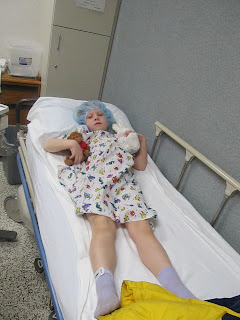 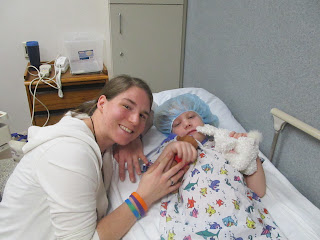 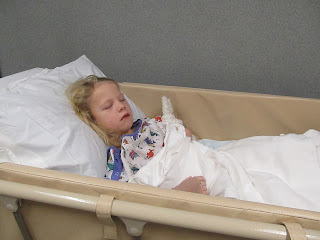 She'll be sore for a little while, but we know it will be worth it. There should be less ear issues, better hearing, better volume control on Kayla's speech, and better sleep with less snoring.